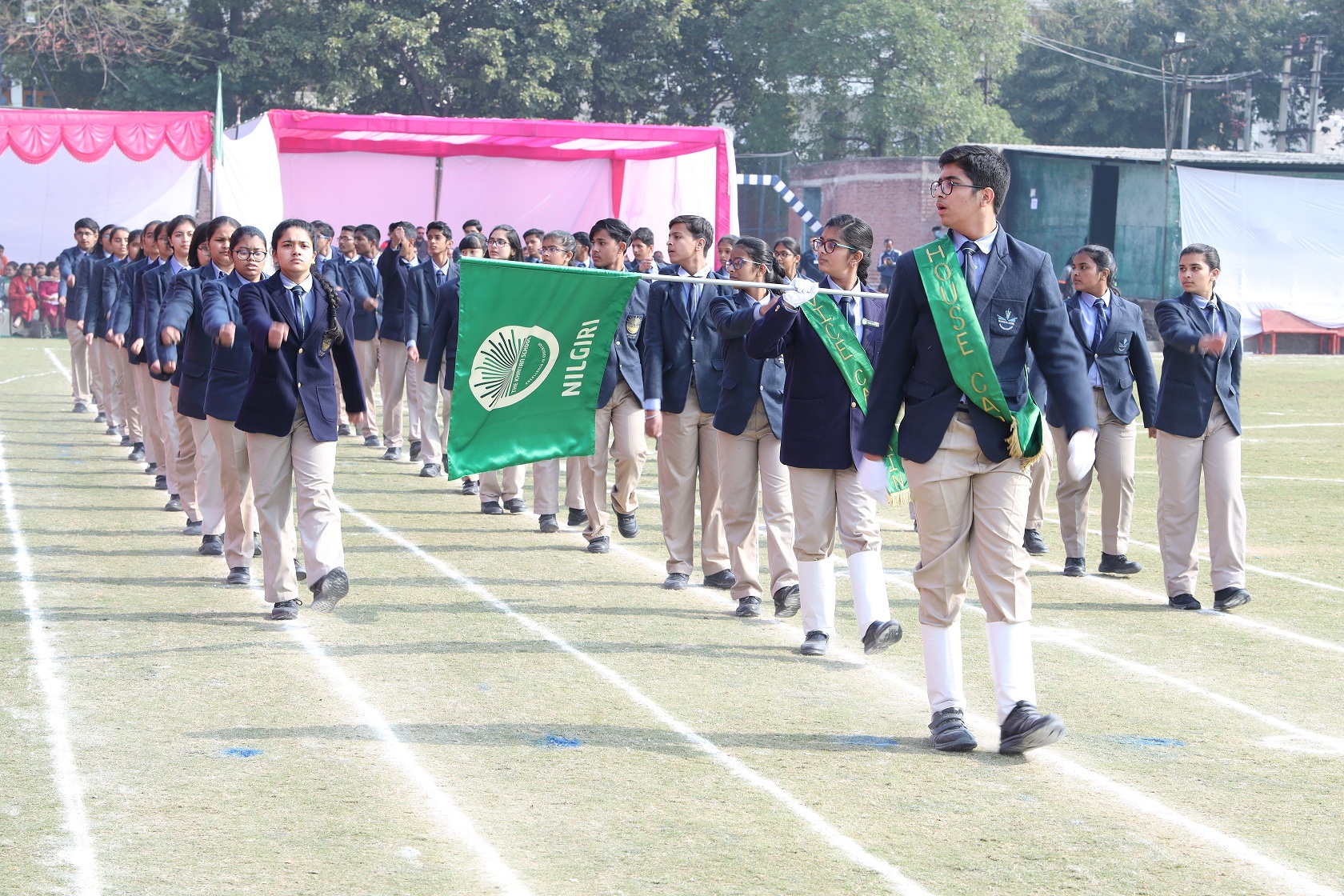 may the best house win

The Annual Sports Day was held on 1st February’20 with great exuberance and fervour. The chief guest was Mr Jasjit Singh, a former Indian Davis Cup tennis player. The meet was declared open by the chief guest who encouraged the students to exhibit their skills in the various fields of sports and uphold the spirit of sportsmanship.

The Chief Guest and the parents were extended a warm welcome by the Principal.  The day comprised of various sports events in which the students of class I to XI participated. The events began with the inter-house March Past by the senior students. The contingents were judged by the eminent judges. The Chief Guest took the salute and addressed the gathering to inspire the young Khaitanians to achieve their dreams.

As part of the Fit India Movement, this was a humble tribute by students of TKS to encourage people to remain healthy and fit by including physical activities and sports in daily lives. TKS students presented ‘Flexi Yoga Mantra’ a calming and spiritual show. It was a fine display of yoga asanas by our students who made beautiful synchronised formations depicting 150 years of celebrating Mahatma- Father of the nation. It was followed by athletic events of senior students. The event was carried forward  and the audience was enthralled with the beautiful ‘Ball and Hoop ’ presentation by I and II students. The sports achievers of TKS who have brought laurels to the school were felicitated by the chief guest. Next was the Taekwondo act ‘Skill and Strength’– The Jackie Chans of TKS from classes I-VIII put up a daring show which had the guests holding their breath. Fun races like, Flip the Cone Race, Zig Zag Race, Pick and Drop Race and Toss and Catch race for the students of class I & II were also conducted.

Class IV and V students presented the drill ‘Fitness’ – a combination of Zumba and traditional skipping rope performed to energizing music. The parents felt rejuvenated and refreshed after participating in ‘Collectable race’ and ‘Balance the ring race’. The day couldn’t have been more exciting as the students of IX-XI participated in 4×400 m Relay Race and brought the cheer back among the crowd.

To celebrate the Unity in Diversity of our nation, as part of Ek Bharat Shresht Bharat initiative the finale was, ‘Poorvottar ke sang’ by the students of class VI-VIII who danced in their vibrant costumes blanketing the school ground with colours and traditions of Arunachal Pradesh and Meghalaya, our partner states.

The best March past contingent trophy was won by Nilgiri House.

Headmistress Mrs Seema Khurana proposed the Vote of Thanks on behalf of the school fraternity. The students and the valued gathering came together for the National Anthem.

A dream becomes a goal, when attitude flames within you, think deep for every thought leads the goal. …

Champions keep playing until they get it right.

This event speaks for the commitment that all of us in the school hold for the sport. We will witness athletic performances of the highest quality over the course of the day. Do your best and compete in the spirit of sportsmanship and fair play. And take the opportunity to come closer to each other.

I would like to share with you this quote from Jesse Owens, the legendary American athlete who won four gold medals in the 1936 Summer Olympics in Berlin, Germany. It goes like this, “Friendships born on the field of athletic strife are the real gold of competition. Awards become corroded, but friends gather no dust.” 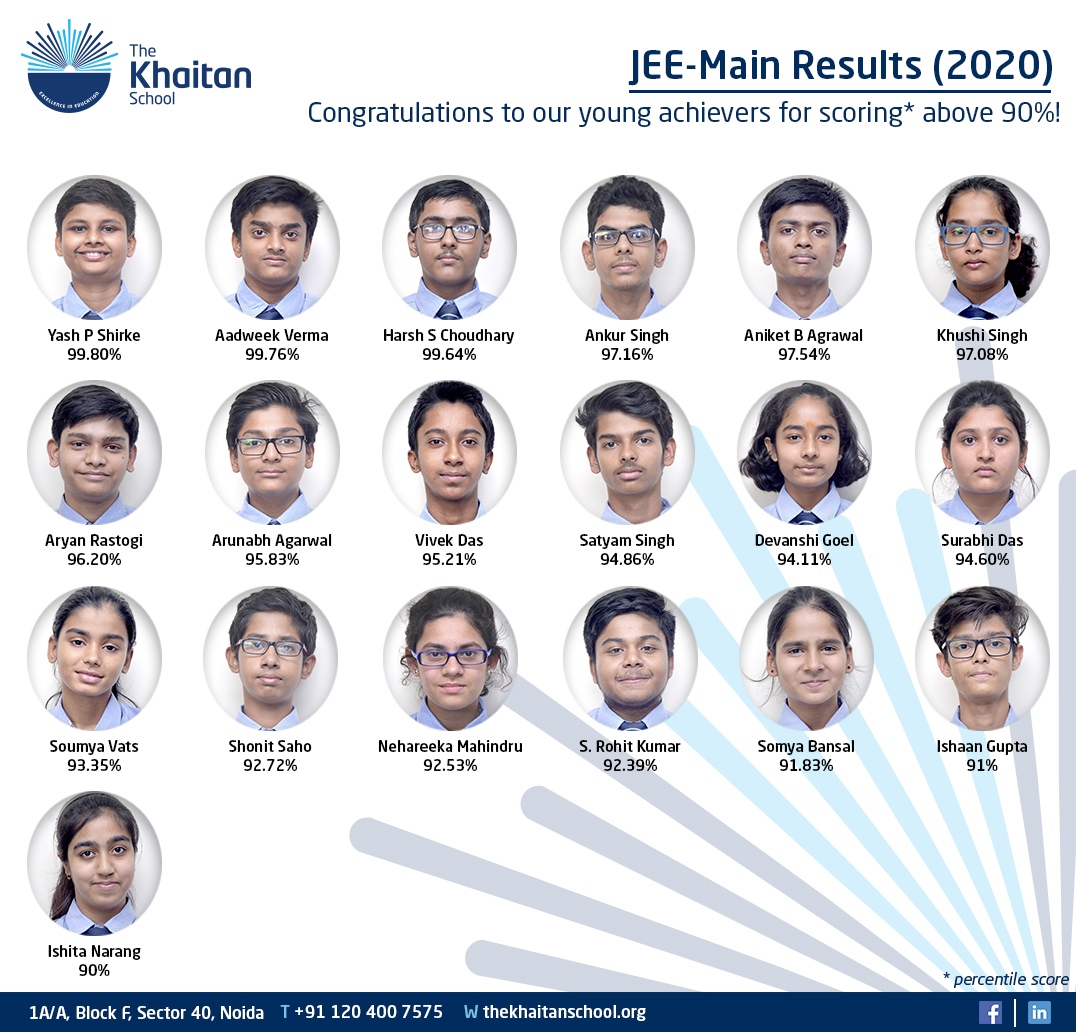