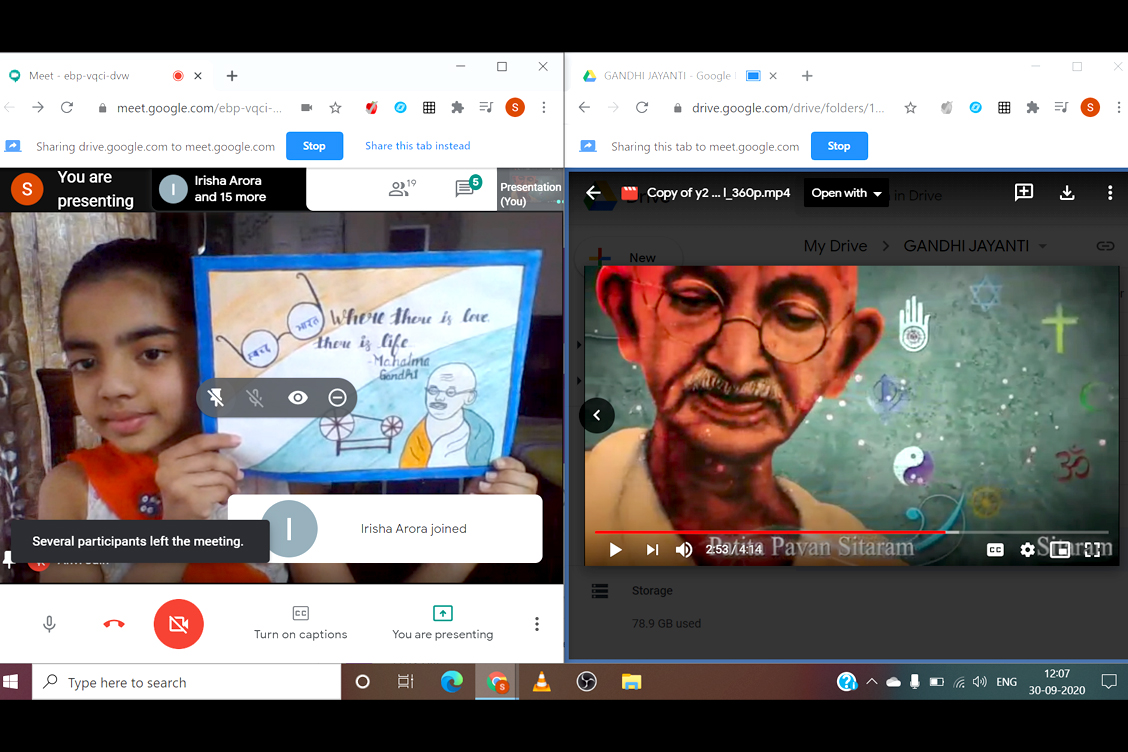 Mahatma Gandhi,  more lovingly known as ‘Bapu’ , is internationally acknowledged for his doctrine of non-violence that led India to its glorious freedom. To commemorate the 151st birth anniversary of Mahatma Gandhi, the Junior Wing of The Khaitan School, Noida celebrated Gandhi Jayanti Week on the online platform.

The students of Classes I and II held these celebrations on Google Meet on Monday,28th September 2020. The event  began with stories from Mahatma Gandhi’s childhood. This was followed by ‘Sharing Time’. The students expressed how Gandhi Ji’s teachings are still relevant in our lives. The students dressed up as Bapu and talked with passion about the ideology of non-violence, truth, honesty and love for humanity that he believed in .The celebrations concluded with a rendition of the bhajan ‘Raghupati Raghav Raja Ram.’

On 29th September, the students of Class III wore khadi clothes and participated in a discussion about the life, teachings,  contributions and writings of Mahatma Gandhi.

On 30th September 2020, the students of Class IV remembered Gandhi. The story of his life, which has impacted humanity at its core was shared with the students. An online live interaction was conducted on the topic ‘Gandhi in Me’, wherein the students presented their thoughts and learnings on Gandhian Ideologies and their relevance in today’s time.

The students of Class V celebrated the Father of the Nation’s birthday on  2nd October by participating in a special assembly. It was initiated with a message from Principal, Mrs Rina Singh. She talked about the relevance of the Mahatma’s principles and ideals in today’s life. Through a short video, the students flipped through the pages of history and gathered facts about Gandhi’s life followed by a reading programme on different  facets of Gandhi as a leader and nation builder. The students were also taken  on a  virtual tour to the Sabarmati Ashram. The assembly came to an end with the students marking their respect by singing a bhajan to honour the great man and his contributions.