The Primary wing Girls’ Inter-House basketball competition took place over two days, from December 20th to 21st, 2022. The tournament featured many close contests, with each team working hard to score baskets. It was a fiercely competitive event, with each house giving their all on the court. 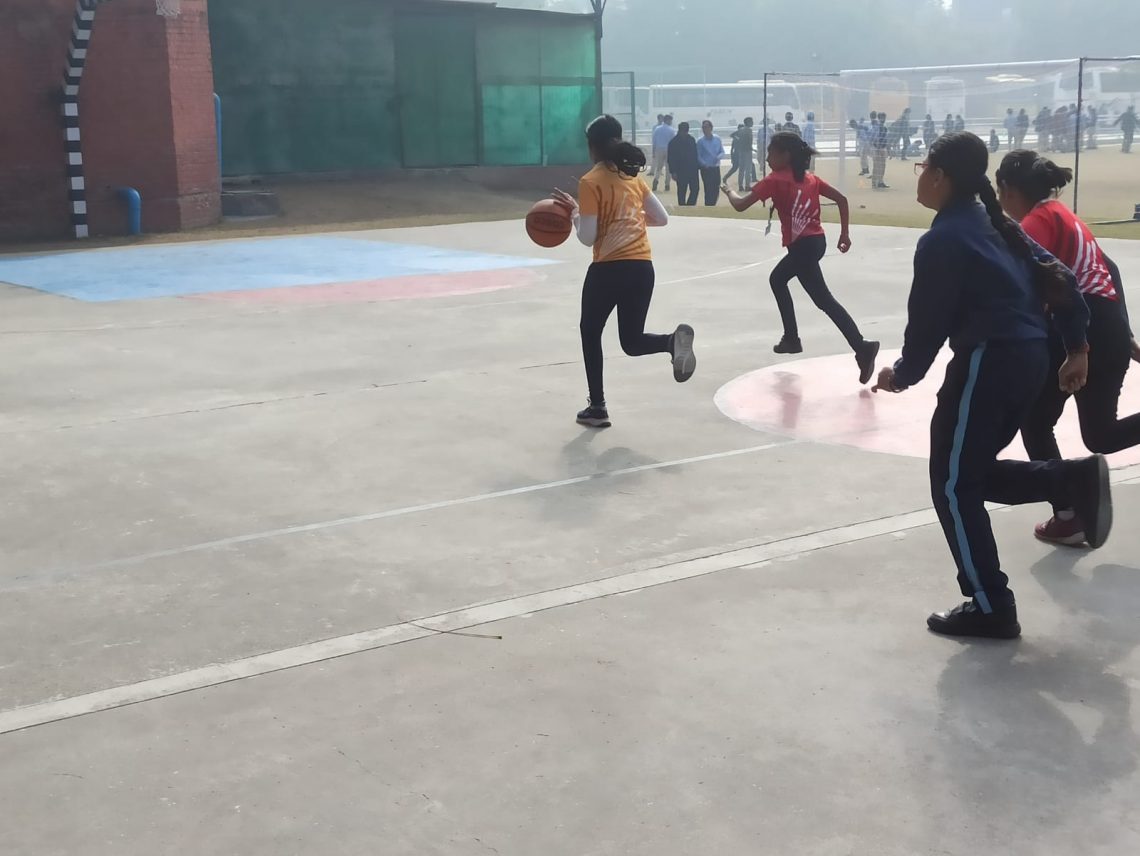 The first knock-out match was played between Meghalaya and Shiwalik, and the second was between Aravalli and Nilgiri. These matches determined the finalists for the event, with Meghalaya and Nilgiri coming out on top. On the second day, the first match was played between Shiwalik and Aravalli for third place, with Shiwalik ultimately securing third place. In the final match, the winning teams from round one competed for the event winner, and Meghalaya emerged as the interhouse champion in a closely contested match. The final rankings were: Meghalaya in first place with 4 house points, Nilgiri in second place with 3 points, Shiwalik in third place with 2 points, and Aravalli in fourth place with 1 point.