The Khaitan School hosted a Human Rights themed evening event, featuring three plays directed by Theatre Teacher Mr. Rajneesh Bisht and his team, Khel Tamasha. Students dressed as clowns greeted the parents in attendance. The program began with the lighting of a lamp and a shloka sung by the school choir, directed by Ms. Ruba Munshi. The middle school students presented the play “RAINBOW,” followed by the 9th graders’ performance of “WE THE HUMANS,” a street play. The senior school students then performed “ROMEO JULIETAND THE DARKNESS.” 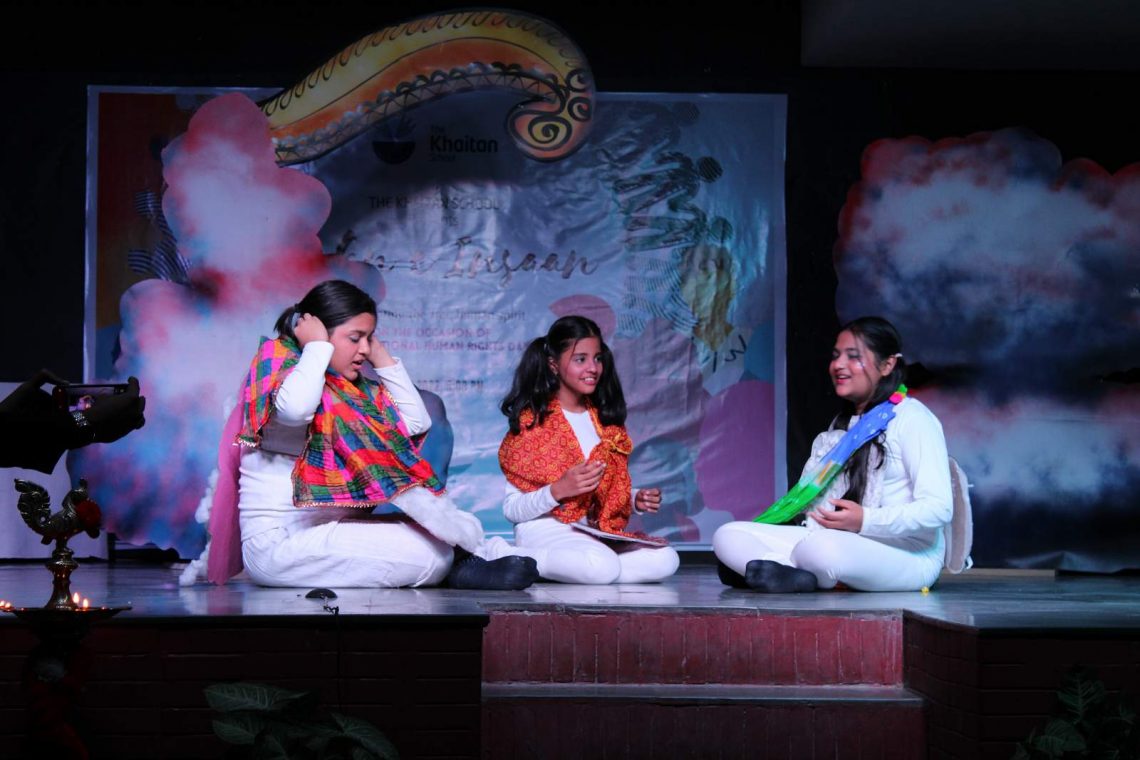 The esteemed Padmashree SYEDA SAIYIDAIN HAMEED, a writer, educationist, and social and women’s rights campaigner, graced the event with her presence. From 2002 until its dissolution in 2015, she served as chair of the steering committee of the Indian Planning Commission on health, now replaced by NITI AAYOG.