Magic shows allow children to enter a world of unlimited creativity and imagination. They inspire children to think of new scenarios and ideas and provide the perfect emotional hook and motivation for learning, as they spark children’s natural curiosity and make them ask, “How did you do that?” On December 7th, 2022, the Red Cross Society, a voluntary humanitarian organization, conducted a magic show for students in classes 1 to 5. The purpose of the show was not only to raise funds for a good cause, but also to create awareness about current social issues among children. The mere mention of a magic show excited the students, and once the magician began, they couldn’t stay seated. The show started by making umbrellas from paper and continued with a series of impressive tricks, including pulling numerous sheets of paper from a single sheet and changing the colors of umbrellas. The mix of science and comedy in the tricks captured the kids’ attention and made them intensely curious about how they were done. The magic show helped the children improve their observation skills and concentration, and also helped reduce stage fright as they learned how to conduct themselves on stage. The students had a lot of fun and appreciated the change from their usual classroom sessions. 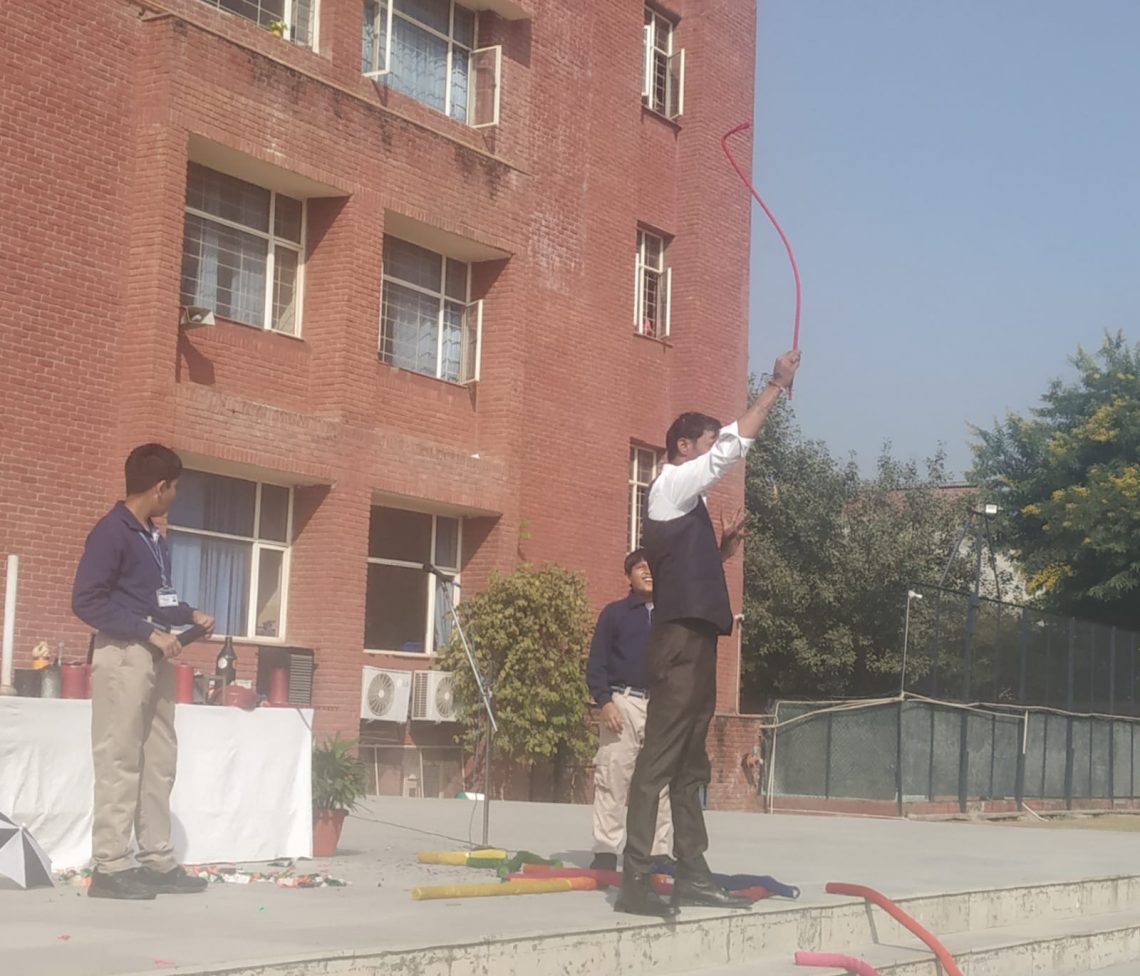