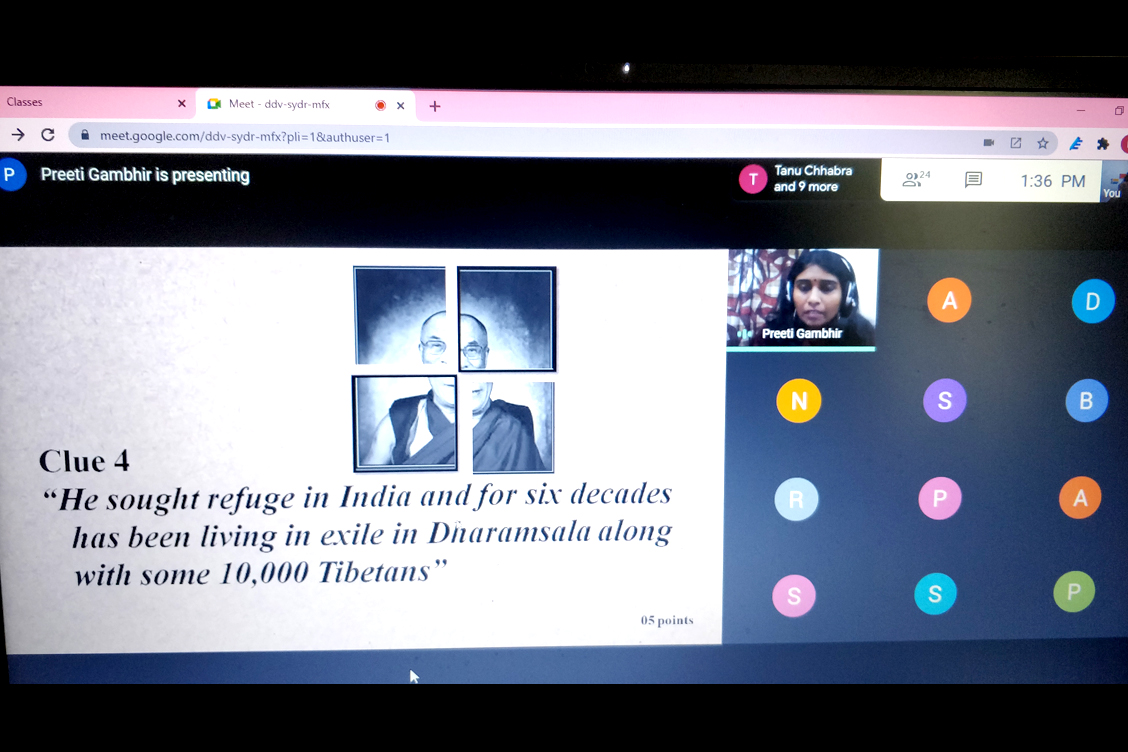 Students of Classes VI to VIII from all the four Houses of The Khaitan School, participated in  an enthralling Inter-house Quiz competition, ‘Picture Trivia’, conducted by the Social Science department of the school on Dec.11,2020.

It was an online competition held on Google Meet and participants of the four  houses (Meghalaya, Nilgiri, Aravalli and Shiwalik) with team names of Aquarius, Cygnus, Antila and Centaurus, joined the Meet with pre-decided camera background so that the teams could be separately identified on the online platform. There were three rounds of smart quizzing – Round 1 was a picture based general knowledge based round, called ‘I See You’. Round 2 was  a rapid fire round, named ‘Just A Minute’ and Round 3 was a reverse quizzing round and called ‘Cryptic Clues’. Each round was a power house of knowledge enhancing questions and it was heartening to see the students coming up with correct answers in no time. The perfect selection and presentation of questions by the Quiz master was a feast to one’s intellect and the teams’  wonderful performances have been a testimony to the fact that learning is happening in perfect sync with all that is happening around the world, in areas even beyond the textbooks.

Overall, it was a great learning experience for the students and the teachers alike.