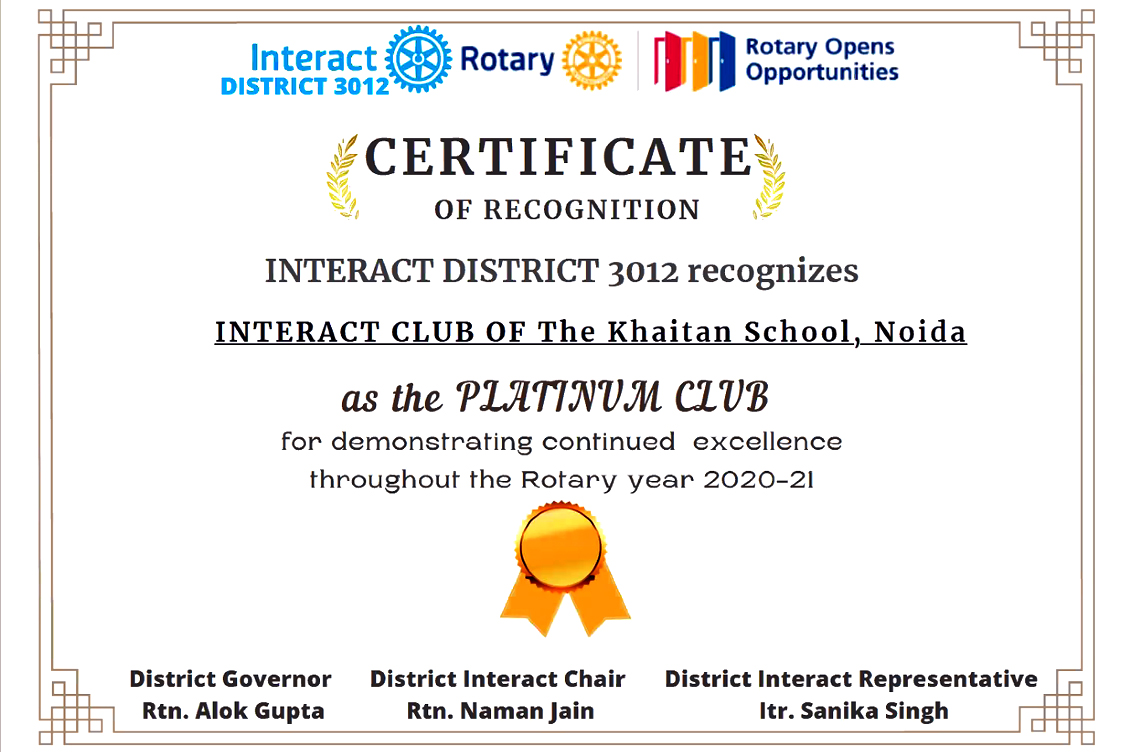 The District Interact Leadership Assembly 2021 was organized by Interact District 3012 on the 29th of June, 2021. The event is held annually by Rotary to allow Interactors to understand their responsibilities, foster their relationship with the Interact District and build fellowship. Along with that, the event also involves an award ceremony in which Interact Clubs across the district are recognized for their continued contribution and excellent service throughout the Rotary year. On the basis of relevant criteria, clubs are awarded with titles such as Gold Club, Diamond Club, Platinum Club, Elite Club and Best Club award.

This year, the Interact Club of The Khaitan School has been awarded the Platinum Club recognition for their determined efforts towards realizing the motto of Rotary, ‘Service Above Self’. Throughout the Rotary year 2020-21, the Interact Club of TKS organized a series of successful projects such as book donation projects, donation to animal shelters, and the Samaritan Service Project, in which a fundraiser was organized and the amount raised was used to donate blankets to an old age home in Dankaur, Uttar Pradesh. The Interactors of our school also showed enthusiastic participation in events organized by the Interact District throughout the year, such as Diplomacia 3012 MUN, Best out of Waste Competition, and a series of webinars and online workshops. The Rotary District 3012 commended Interact Club in-charge, Ms. Bindu Gupta and the Interact Club President, Rounak Sharma for their commitment and hard work.