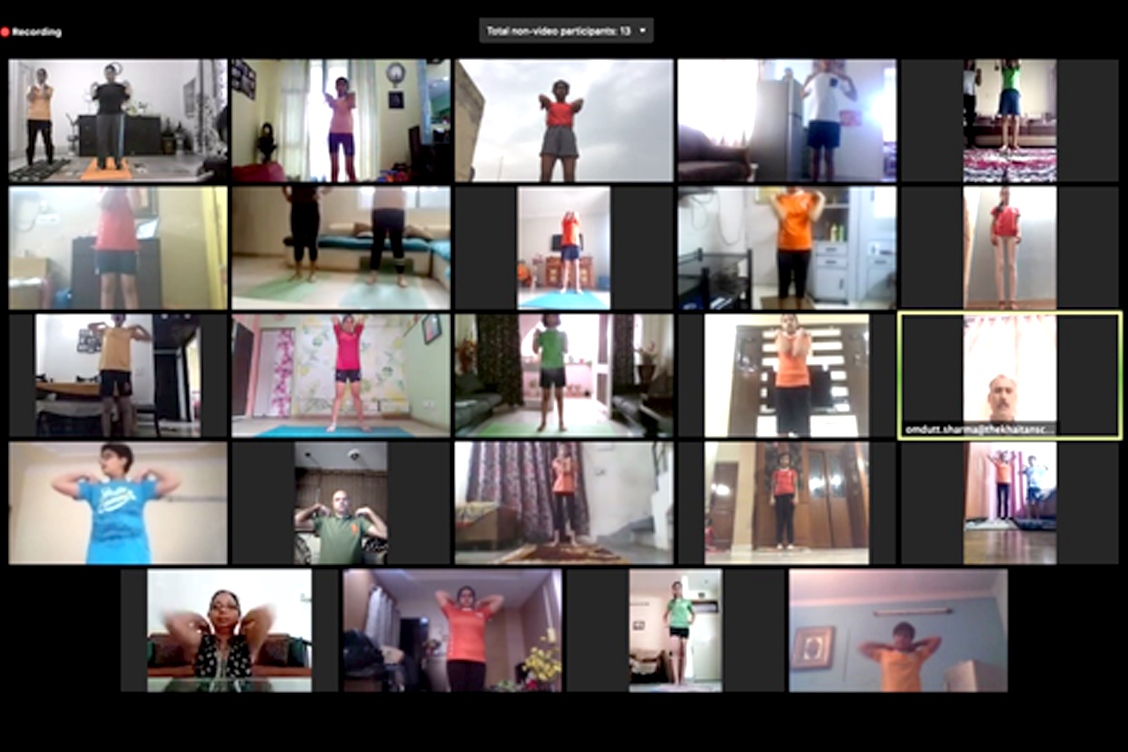 The Middle and Senior Wing of TKS celebrated International Yoga Day on 21 June 2020 on a virtual platform which witnessed earnest participation from the students, parents and teachers albeit the pandemic conditions all around. The session for the Senior group was addressed by Mr O.D.Sharma, Head of Department of sports who emphasized the importance of yoga in our daily lives. The Middle School Coordinator, Mrs Monika Mathur addressed the session of the Middle wing. She stressed on internalizing yoga for self – discipline. The session was conducted by the

School yoga instructor Mrs Anita Rawat commenced the session with the chanting of prayers followed by warm-ups such as neck, shoulder and wrist exercises. Next, the gathering performed standing asanas such as hastapadasana, uttanpadasana, tadasana and surya namaskar. These asanas also included numerous balancing asanas such as virabhadrasana and vrikshasana to improve concentration. Then sitting asanas such as vajrasana, supta vajrasana, shashankasana, ustrasana and paschimottanasana were performed. Keeping in mind the strain on shoulders and back that happens due to bad sitting postures, lying asanas were also done. The session ended with Shavasana because it couldn’t be ignored for relaxation.

Principal Mrs D. Kaur applauded the efforts of students, parents and staff in making the event a huge success.