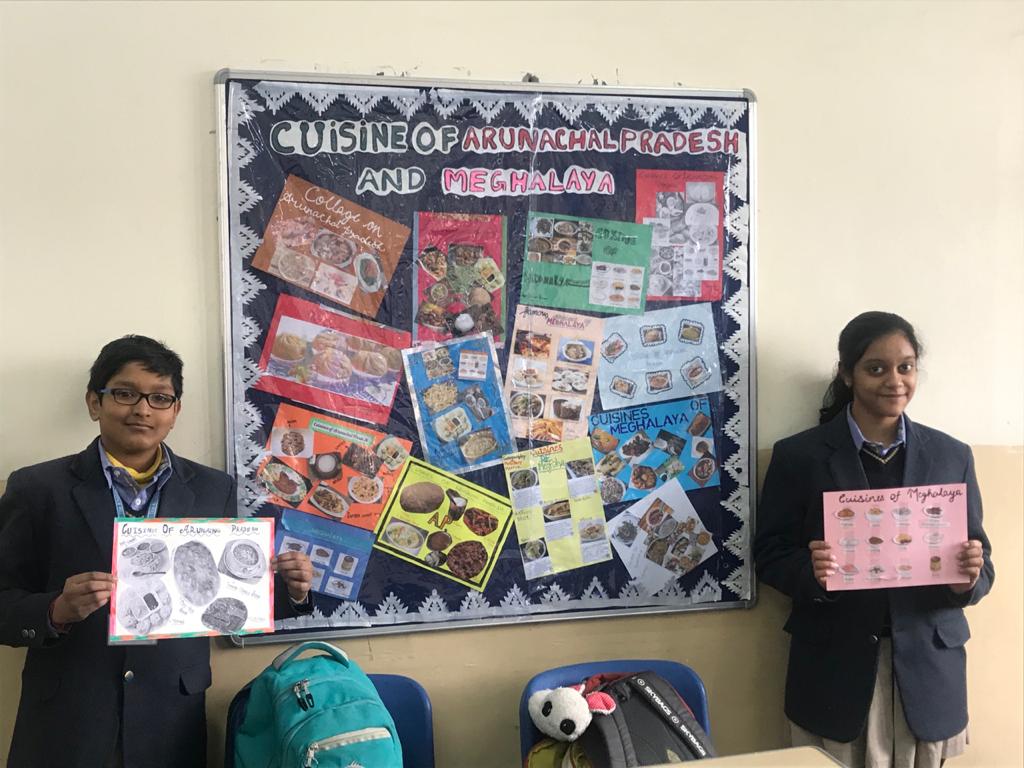 ‘Ek Bharat Shrestha Bharat ’is a campaign launched by Govt. Of India to celebrate the unity and diversity of our nation, showcasing the rich heritage and culture of the various states and to share the best practices on learning among states. Accordingly Uttar Pradesh has been paired with Arunachal Pradesh and Meghalaya as partnering states to promote the concept.

Principal, Mrs Davinder Kaur, while addressing the students in the assembly emphasised on the importance of rich Indian culture and its diversity.